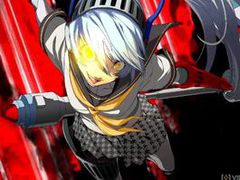 The game will launch as a digital download and in retail stores for PS3 and Xbox 360.

“We’re delighted to be able to bring Persona 4 Arena Ultimax to Europe for all the fans of the series over here,” said Jurgen Post, president and COO for SEGA Europe. “It represents a great new addition to SEGA’s portfolio of tournament calibre fighting games.”

The cast of Persona 3 and Persona 4 team-up to compete in the P-1 Climax, a series of battles which must be won before the world ends and to discover the mastermind behind the P-1 Climax tournament.

Joining the original cast are a host of new faces, including Junepi Iori, Yukari Takeba, and Rise Kujikawa.

Every playable character has its own individual story mode, which promise to reveal more about them and why they are taking part in the P-1 Climax. Certain characters will also feature a Shadow type, completely changing the way they fight.