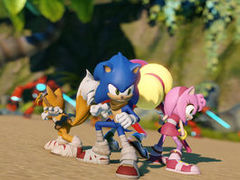 Correction: The Famitsu interview cited in this article was actually with Haruki Satomi, CEO of SEGA Games, and not SEGA-SAMMY Holdings CEO Hajime Satomi.

In addition, a new quote from Satomi has been supplied to VideoGamer.

“Seeing our fans across the world respond to our recent interview with Famitsu, lets us know we’ve made the right first step in acknowledging who we are and where we want to be. SEGA is dedicated to bringing you quality gaming experiences and becoming a brand you love and trust again,” commented Haruki Satomi, CEO of SEGA Games.

Original report: SEGA CEO and president Hajime Satomi has admitted the company has betrayed the trust of its loyal fans in recent years, but has assured that the company is looking to win those disgruntled fans back, starting with a new game announcement at the Tokyo Game Show.

In an interview with Famitsu (via Siliconera), Satomi shared his thoughts on SEGA fans’ disappointment with the company’s recent outings.

“We did our best to build a relationship of mutual trust with older fans of SEGA, but looking back, there’ve been some titles that have partially betrayed that [trust] in the past 10 years.”

He continued: “Sega in the ’90s was known for its ‘brand, but after that, we’ve lost trust, and we were left with nothing but ‘reputation. For this reason, we’d like to win back the customers’ trust, and become a ‘brand,’ once again.”

Satomi also teases that a new game could be announced as early as September’s Tokyo Game Show.

“Since we’re seriously considering quality, I can’t make that promise for the time being, but I believe we will announce something for home console at Tokyo Game Show.” 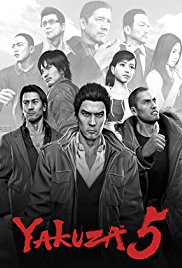 The fifth game in the main Yakuza series

The fifth game in the main Yakuza series