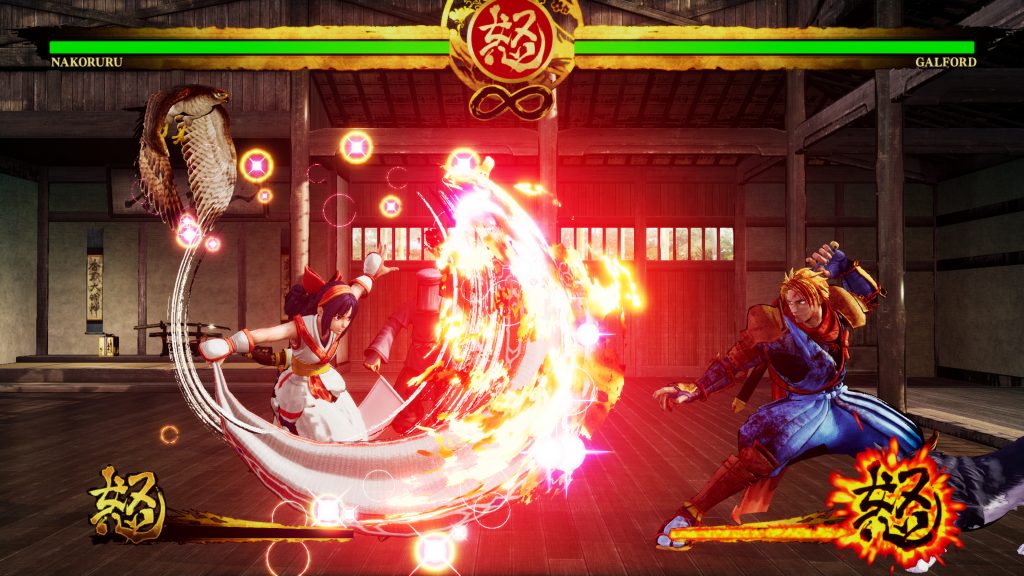 At EVO 2019, SNK showed that evolution is eternal and released a new trailer for its DLC roadmap, introducing six fighters to Samurai Shodown in the coming months and adding two new names to the roster.

The trailer reiterated SNK’s plan posted in June, and revealed the characters’ release windows. Coming this month is icy fighter Rimururu, followed by Basara the Executioner in October. The pyrokinetic Kazuki Kazama will debut in November, and just in time for the holidays, Wan-Fu comes to the game in December.

Along with the quartet, two new competitors will arrive to Samurai Shodown. Shizumaru Hisame will be added to the game for free in September, and it was also announced that Mina Majikina of Samurai Shodown V is the first character included in next year’s Season Pass 2.

In addition, Samurai Shodown’s Haohmaru will appear in SoulCalibur VI as part of that game’s second season pass content update. It’s like a student exchange programme, if the school specialised in brutal non-verbal-definitely-physical takedowns.

Samurai Shodown is out now for PlayStation 4 and Xbox One. Watch the announcement trailer for all of the DLC characters below.