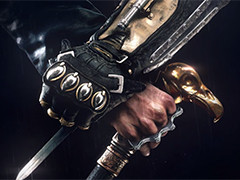 Kotaku, who first leaked Assassin’s Creed Victory last year, claims to have been made aware of the new name by a source last month, who also told them that the game would be revealed during a “pre-recorded stream on May 12”.

That last point has since turned out to be true, suggesting the source may be correct in the new game’s rename. At least three Ubisoft employees still refer to the game as Assassin’s Creed Victory on their LinkedIn profiles, however.

This year’s Assassin’s Creed – or whatever it may actually be called – is set to be revealed at 5pm BST next Tuesday, May 12, with the game believed to be set during Victorian London.

Platforms and a release date have yet to be confirmed.