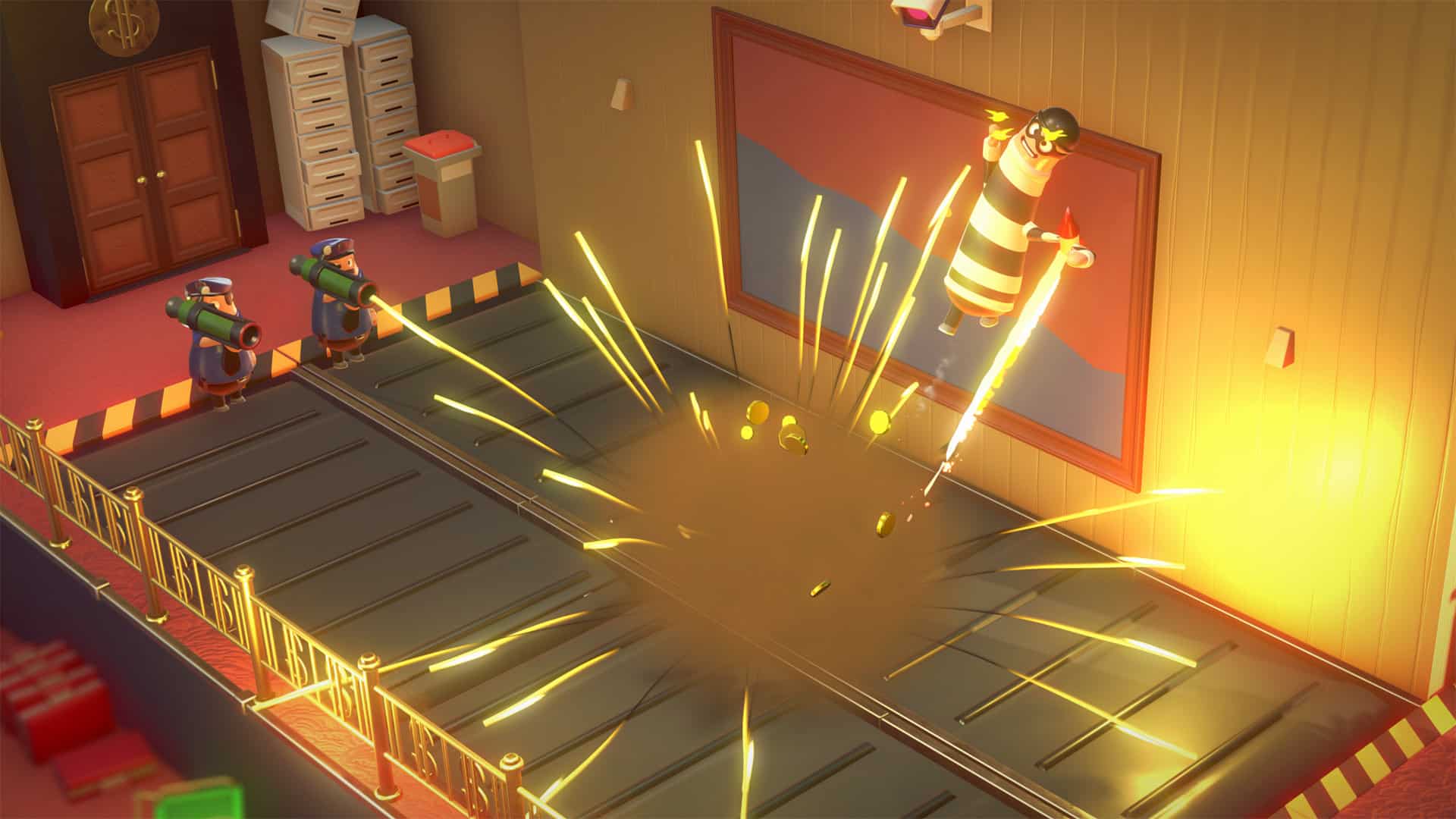 You and up to three friends will battle each other while attempting to escape with the loot in a host of ridiculous robbery scenarios. You’ll have to decide whether to focus on stealing as much loot as you can or beating up your opponents and nabbing their stash. When the time expires, you’ll have to make it to the getaway vehicle to escape.

Of course, you’ll be able to customise your burglar with a range of disguises from cowboys to banana suits. There’s over 25 different levels to heist, including banks, museums, airports and more, all with loads of destructible objects. There’s also a whole range of wacky weapons at your disposal too, including rocket launchers, swords and even chairs.

The game also features three game modes including the standard Heist rules. Brawl forgoes the loot collection and just challenges you to be the last brawler standing. Alternatively, you can play solo or co-op against AI in Arcade mode. The game also features full crossplay support between all platforms, allowing you to team up with friends regardless of console.

Check out a trailer for the game for yourself below. Rubber Bandits arrives on Xbox Series X|S, Xbox One, PlayStation 5, PlayStation 4 and PC on December 2.