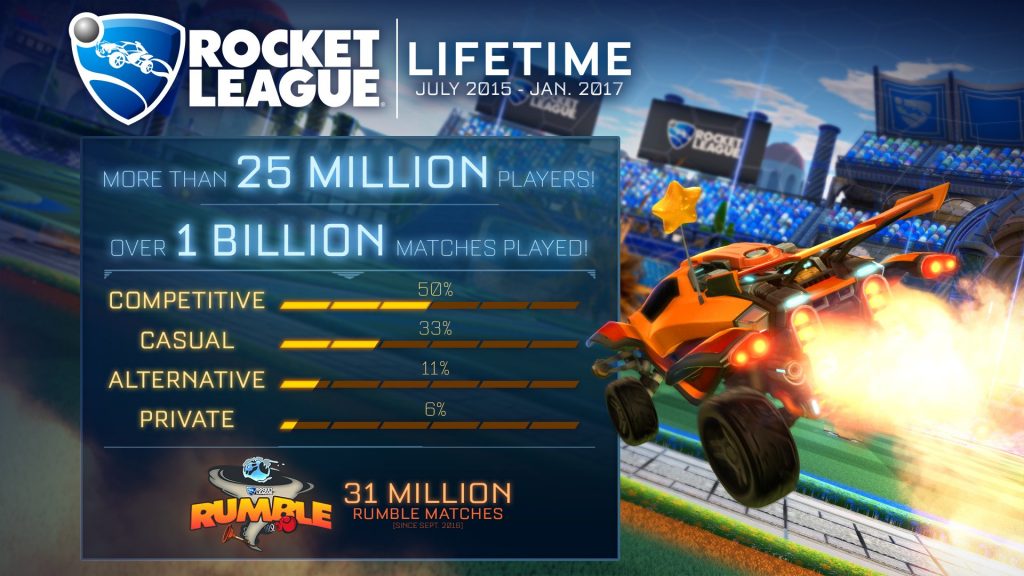 Rocket League launched in July 2015 and has now clocked more than a billion games played by more than 25 million players, developer Psyonix has announced.

“Thank you to our amazing players for continuing to make #RocketLeague one of the best communities & games around,” Tweeted the studio.

50 per cent of the matches played were competitive, 33 per cent casual, 11 per cent alternative and six per cent private.

Rocket League is available for PS4, Xbox One and PC.