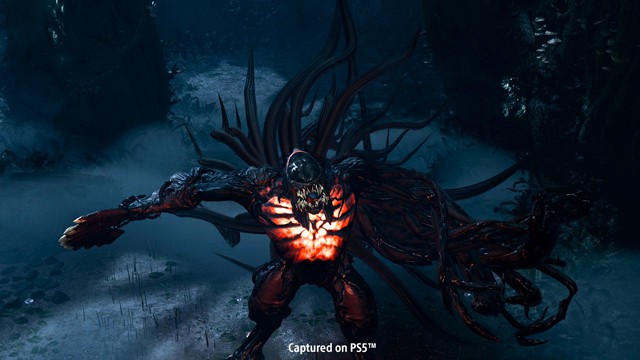 The latest trailer for upcoming shooter Returnal has landed, giving us a closer look at some of the foes we'll be going up against on the hostile planet of Atropos.

An accompanying post on the PlayStation blog gives us a few more details on some of these creatures which were inspired by, among other things, deep sea creatures complete with tentacles and bioluminescent emissives which the latter, developer Housemarque say, also help to provide "satisfying hit reactions" when enemies are shot and provide feedback to the player.

Some of the other creatues include the Mycomorph which fires off homing projectiles and feeds off previous corpses of Selene for that extra dose of nightmare fuel, the more bulky Titanops with a massive arm of tentacles. Meanwhile the crab-like Gorgolith is said to have a penchant for ambushes, while the Ixion will take to the skies in order to bring you down. The trailer also teases an enemy that is essentially the reanimated corpse of Selene herself.

You can check out the trailer for yourself below. Returnal is set for launch exclusively on the PlayStation 5 on April 30.