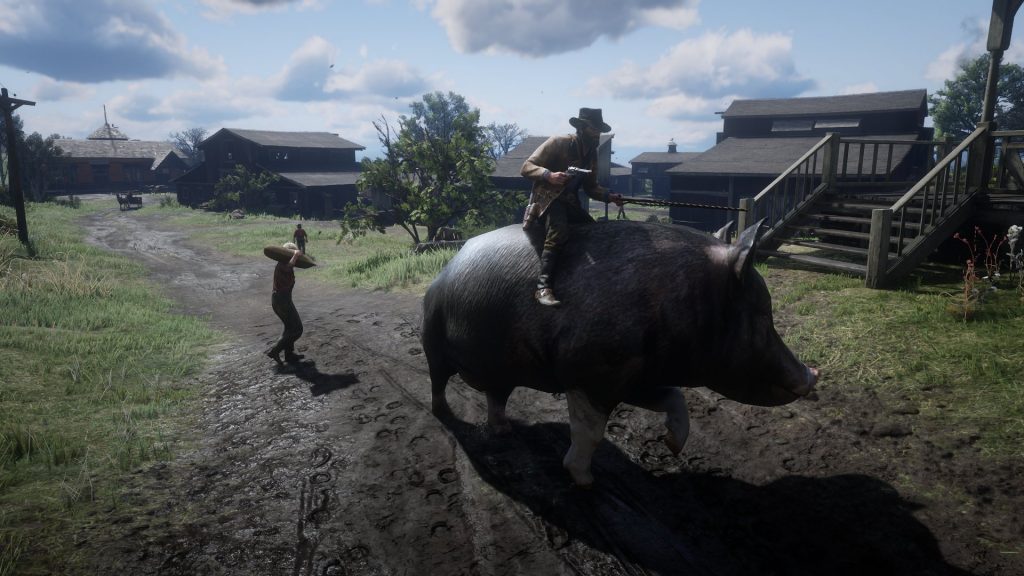 In Red Dead Redemption 2, Arthur Morgan will be able to tame and ride giant pigs, courtesy of modder JulioNIB (via PC Gamer).

The mod is officially titled “Pig Rider,” so WYSIWYG. However, you are able to clamber up on lorge mountain lions and wolves, too. Bears are another available steed, though those are big already, so there’s no need for JulioNB to beef ‘em up.

It’s in development at the moment, but those who pledge at least $5 to the modder’s Patreon page will get to go for a spin before the mod is released properly. Red Dead Redemption 2 got rave reviews, and though Rockstar Games created a rootening, tootening, and shooting playground for us to run amok, this world makes Arthur feel “inconsequential” at times. These characters go about their lives, from corralling livestock to choosing what to wear, and the player observes through the eyes of one more person trying to eke out a life here.

It might be quite thrilling to them to see a man riding a giant pig.

Red Dead Redemption 2 is out now for PC, PlayStation 4, and Xbox One.