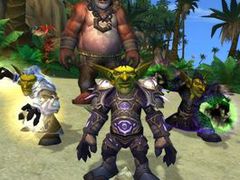 Publishers “distort” the free-to-play model adopted by many MMOs, according to the ex-team lead of World of Warcraft.

In an interview with The Escapist Mark Kern, who is currently working on the team-based shooter Firefall, stated:

“You see so many broken models out there. Publishers are charging download fees or whole package prices and then attempting to do item-based sales on top of that. Or they try what I call the ‘velvet rope’ model where they restrict content and what parts of the game you can play until you pay up.”

“These attempts really distort the model,” he says.

“They not only generate a lot of cynicism on the part of gamers who rightly feel nickel and dimed, but they also result in lower profits because they are not following a pure free-to-play model. Then publishers look at that and wrongly conclude that free-to-play is a marginal business only suited to B-grade or C-grade games.”

However, he goes on to say this model is still incredibly profitable for studios.

“We felt that with a AAA quality game, a subscription was still the way to go. I was pretty sceptical of free-to-play five years ago. We had observed the phenomenon in China and it seemed like the ‘failing’ games were quickly converting to free-to-play out of necessity rather than any new or novel business model.”

Kern points to the economic recession as one of the primary reasons that free-to-play began to look relevant.

“Around 2009, when the economy tanked, I started to really worry about people’s ability to pay for games, and a subscription, and new hardware.

“Free-to-play was looking like a better way to get the game into people’s hands. I started to look into it in depth, talking to companies in China and Korea, and mining the data I could find from public companies and anecdotal evidence. What I found surprised me; free-to-play wasn’t just a successful model, it was an incredibly profitable one.”

World of Warcraft recently adopted a new free-to-play trial for its first 20 levels, which restricts most in-game content until players fully subscribe.