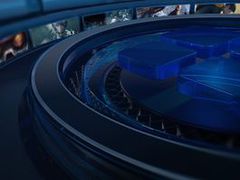 PlayStation 4 streaming service Gaikai, which is expected to let PS4 users stream PS1, PS2 and PS3 games, will roll out in Europe in 2015, Eurogamer reports.

The service is expected to launch in North America next year – although the site claims that US users may still have a while to wait. According to Eurogamer’s report, the service is said to enter beta early next year before hitting players in ‘Q3 2014’.

“Eurogamer has heard from trusted sources that the company has already briefed developers on Gaikai, the streaming tech it forked out a whopping $300 million for last year – and some are being asked to take part in its early 2014 beta,” said the site.

“We hear the full service will roll out in Q3 2014 in North America, then, later that year, SCEI gets its turn. Europe? We’ve heard we won’t get the full Gaikai service until 2015.”

When questioned over the staggered roll out and the later European launch, SCE CEO Andrew Wilson told the site he “can’t be specific on the European roll-out. It’s a brand new form of delivery. We need to prove out the technology, which we feel is good at its core, but we place – as I think is quite right – a real emphasis on delivering a quality experience for consumers. And that will be dependent to a degree on what the strength of broadband connection is going to be, and what our server deployment and infrastructure looks like.

“We’re hard at work on all of those fronts, but I’m not at a point right now where I can be specific about when our European fans are going to be able to enjoy that.”