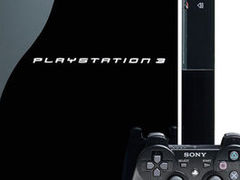 PS3 Trophies to be mandatory from January 2009

VideoGamer.com can exclusively reveal that from January 2009 all newly released PS3 games will be required by Sony to support the console’s Trophy system.

Earlier this week VideoGamer.com received a tip from an anonymous source within the UK video game industry that, from January 2009 onwards, all newly released PS3 titles will be required to support the PS3 Trophy system.

Today a Sony Computer Entertainment Europe spokesperson confirmed that this information is accurate, stating: “Yes from Jan 09 all games must have trophies.”

This news is sure to be met very positively by PS3 gamers who are currently having to put up with sporadic Trophy support from this winter’s biggest releases. Mandatory Trophy support will also put an end to post release Trophy patches that force gamers to replay games to earn the Trophies.