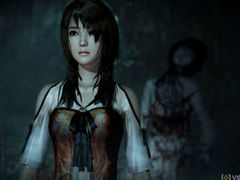 Project Zero Wii U spooks up Europe later this year

The latest release in the spine-chilling Project Zero series is coming to Europe later this year, Nintendo has announced.

Due to arrive on Wii U, the game sees players use the Wii U GamePad as a camera to fend off supernatural enemies and discover elements invisible to the naked eye as they investigate cursed tourist hotspot Mount Hikami.

Players can choose to play as three different characters each with their own unique storyline.

The game first released in Japan last year under the title Fatal Frame: Oracle of the Sodden Raven.