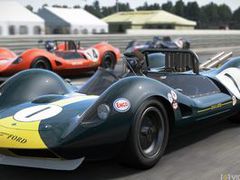 Available on PS4, Xbox One and PC from January 26, the Stanceworks Track Expansion includes “a new road course located in the highlands of Scotland”, along with four brand new cars: the KTM X-Bow R, Masda MX-5 RADBUL Formula Drift car and two BMWs, the 1-Series M-Coupe and 2002 model.

A free car – the Ford Falcon FG – will also be available to download for all players.

“The game is called Project CARS because on a worldwide scale, we all have love for different types of cars and motorsport, and I think this pack in particular showcases that really well since there’s something for everyone, whether that’s track day cars, modified rides, or touring cars from down under,” creative director Andy Tudor told Red Bull.

“The X-Bow R is road-legal for instance, but it’s a competition weapon and weighs less than 800kg, making it extremely agile around a track.”

A price for the pack has yet to be confirmed, but you should probably expect it to cost in line with previous track expansions at around £4.39.