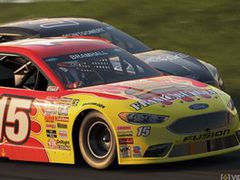 Project CARS is getting a Game of the Year Edition this spring on PS4, Xbox One and PC, Bandai Namco has announced.

The GOTY includes the original game plus all previously released DLC, introducing over 50 new cars, 4 new tracks, 60+ community-created liveries and the “500+ features and improvements” that have been added to the base game since launching last May.

It also introduces two brand new vehicles – the Zonda Revolucion and Huayra BC – plus a new track, the Nurburgring Combined Nordschleife+ GP circuit. Both the cars and track will be available to owners of the original game, too, Namco says, although a price has yet to be confirmed.

“Almost five years ago, we started on a journey to create the most authentic, most beautiful, intense, and technically-advanced racing game on the planet,” said Slightly Mad’s studio head Ian Bell. “The game that launched back in May of last year was therefore the ultimate culmination of our own experience making accomplished racing games for over a decade, along with invaluable input from real-world racing drivers who gave us unprecedented insight into the motorsports world, and the wishes and desires of the racing community through our equity crowd-funding platform called the WMD Portal which allowed fans and players to test the game from day one, and who gave us feedback and guidance every day thereafter.”

A sequel to Project CARS was announced last summer, although a release window has yet to be confirmed. Like the original game, it will be crowd-funded.