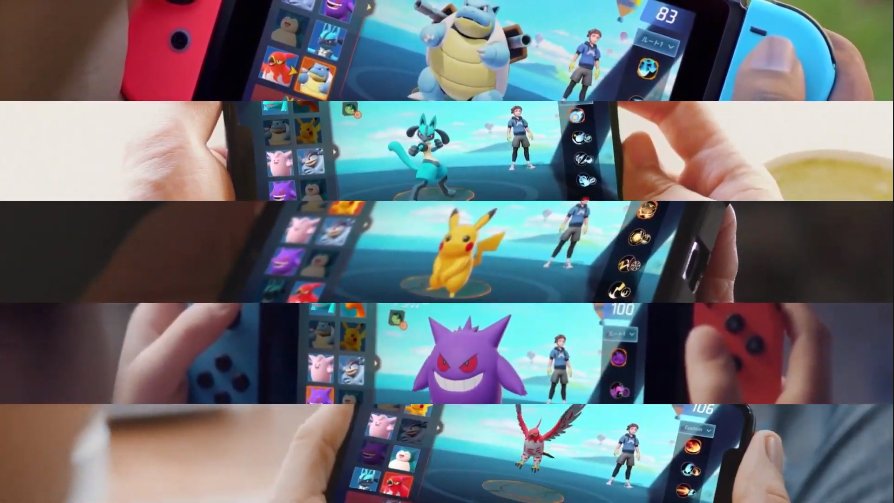 Pokémon Unite is a new game from Tencent and The Pokémon Company, and it's a team-based battler for the Switch and mobile devices.

In the wild, teams of five players explore and hunt Pokémon to score points, with one team starting at one end and the other starting at the other end. As the players catch new Pokémon and duke it out with each other, the Pokémon will level up and learn new moves. Players are able to choose which moves they want their Pokémon to learn, and  each Pokémon has a unique Unite move, like an ultimate ability.

A strategy is a surefire path to success, and the developer encourages players to make the most of the map by sneaking and teaming up for strength in numbers. And, once the player reaches a goal, their health points will be restored. The team who scores the most points by the end of the match wins.

The intention with Unite was to create a cooperative Pokémon game which would be approachable for everyone. The game will be free-to-start, and will support cross play between platforms, but we aren’t sure when Unite will launch.

Pokémon Unite is coming to Switch and mobile devices. Watch the announcement below.