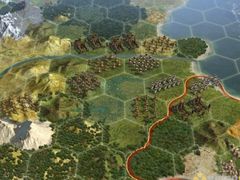 Steam users can play Civilization 5 completely free of charge until 10am on Thursday morning as part of a promotion to raise awareness of the franchise ahead of Friday’s launch of Civilization Beyond Earth.

Just head over to the game’s Steam page to begin playing.

Set in the future, global events have destabilised the world leading to a collapse of modern society, a new world order and an uncertain future for humanity. As the human race struggles to recover, the re-developed nations focus their resources on deep space travel to chart a new beginning for mankind.

You, as part of an expedition sent to find a home beyond Earth, will write the next chapter for humanity as you lead your people into a new frontier and create a new civilization in space.

2K has also said that Mac and Linux versions of Civ Beyond Earth will launch this holiday season.