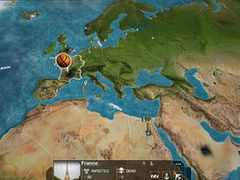 Plague Inc., the popular plague simulation game for mobile devices, will be released via Steam Early Access on February 20, Ndemic Creations has announced.

In the game players create and control a global plague whilst adapting against everything humanity can do to defend itself.

The new Evolved edition for PC features a number of new features:

on iOS, PC, Xbox One

on iOS, PC, Xbox One