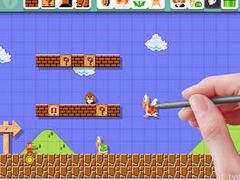 More than 1 million Super Mario courses were created by users of Super Mario Maker during its launch week, Nintendo has announced.

“Worldwide more than 1 million courses have been created in Super Mario Maker in just a single week! Thank you all for sharing your amazing creations!” reads a statement from the platform holder.

The game launched in the UK last week and entered the chart at No.2, only bettered by Metal Gear Solid 5: The Phantom Pain.

Create your own Mario levels with this Wii U level creator.

Create your own Mario levels with this Wii U level creator.