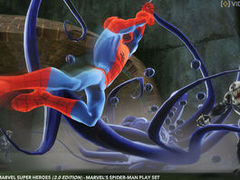 DmC Devil May Cry developer Ninja Theory is collaborating with Avalanche Software on Disney Infinity 2, the studio has revealed.

The team announced its partnership with Disney on Twitter over the weekend, although its exact role in the game’s development has yet to be discussed.

That said, the studio is likely to be developing one of the Play Sets for this month’s Disney Infinity 2.

Some of the original game’s Play Sets (the game worlds featuring their own campaigns) were outsourced to external developers, with last year’s Pirates of the Caribbean Play Set handled by UK developer Studio Gobo. The bulk of the game is believed to be developed by Toy Story 3 creator Avalanche Software.