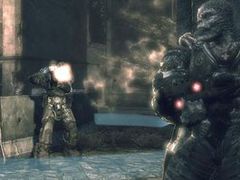 New Gears of War website launches ahead of E3 reveal

Gears of War has been given a new website ahead of the unveiling of the next entry in the series at E3.

GearsofWar.com will host new community pages, forums and spaces for players to check their stats. Fans who sign up to the site will get access to exclusive badges, according to the official Gears of War Twitter page:

A new Gears of War game is currently in development for Xbox One from The Coalition, as well as a reported remaster of the original title. Expect a full reveal during tonight’s Microsoft press conference, which you can watch right here.