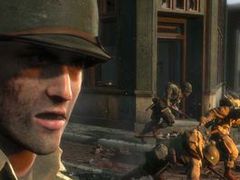 A new game in Gearbox’s WWII shooter series Brothers in Arms is currently in the early stages of development, CEO Randy Pitchford has revealed.

Speaking to IGN, Pitchford explained that the game is “in the incubation phase”, with work expected to ramp up once the studio has found publishing and creative partners.

“I think the next Brothers in Arms game has to be authentic and we have been working on that,” he said. “I feel we have unfinished business there with both the fiction and the history and I’d like to get into that. I spend a lot of time thinking about it.

“Sadly it takes a lot of resources, energy and money to do what must be done, so it’s not something I feel I could completely do alone. I need good partners for it, so we’ve been talking to great folks but it’s really putting all that together that’s the limiting factor. Once we put all the partnerships together in terms of publishing, collaborators and creatives, we can talk about it.”

Gearbox’s earlier Brothers in Arms titles were each published by Ubisoft, but whether the publisher will return for the next game remains unknown.

Nevertheless Pitchford feels like the studio is “on the brink” of finding the partners it needs.

“Once it happens development will really take off and then sometime after that – if we don’t completely kill ourselves – we’ll announce,” he continued. “But we’re in the incubation phase with the next one there, for sure.”

If you were still holding out for Furious 4, however, the 4-player Brothers in Arms spin-off announced at E3 2011, don’t hold your breath. Pitchford suggests that the game, which was stripped of the Brothers in Arms branding in the years following its reveal, formed the basis of this winter’s team-based shooter Battleborn.

Brothers in Arms: Road to Hill 30

Realistic war game from Gearbox and Ubisoft, made with the help of…

Brothers in Arms: Road to Hill 30

Realistic war game from Gearbox and Ubisoft, made with the help of…