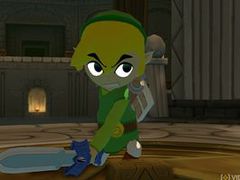 Netflix working on a Legend of Zelda live action series

Streaming giant Netflix is in the early stages of developing a new live action series based on Nintendo’s The Legend of Zelda franchise, reports WSJ.

The firm is currently seeking writers for the project, but has described it as Game of Thrones for a family audience.

The series is believed to follow the game franchise’s traditional storyline of a boy named Link who must rescue a princess named Zelda and save the world of Hyrule.

Netflix is said to be working closely with Nintendo on the project, who remains protective over its IP.