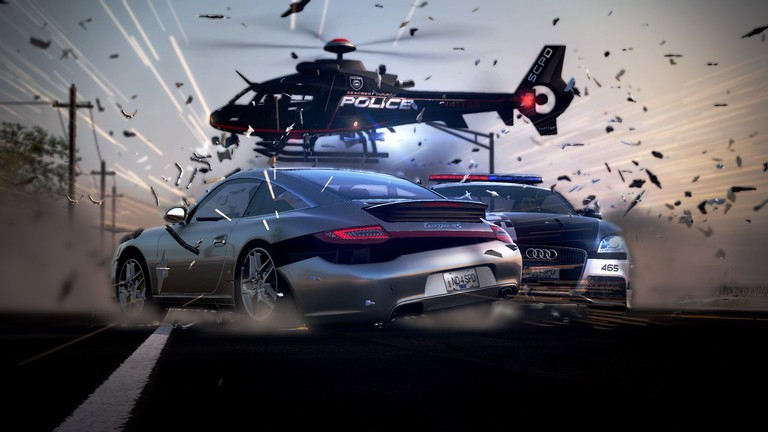 During last week's EA Play conference, EA pledged to make a big push for Nintendo Switch to bring several games to the platform before the end of 2020, including Apex Legends. Now a report claims a classic Need for Speed will also be getting released on the console in the form of 2010's Need for Speed Hot Pursuit.

The report comes from VentureBeat, who claim to have information from 'a source familar with the publisher's release slate'. They claim that Criterion's Need for Speed Hot Pursuit will be getting the Remastered treatment as a follow-up to the very recent release of Burnout: Paradise Remastered on the Nintendo Switch.

Need for Speed Hot Pursuit is one of the better entries in the long running series – we gave it an 8/10 in our own review – and will also come to 'other consoles and PC' according to the source. The same report claims that the game will also be joined by a Switch port of Plants vs Zombies: Battle for Neighbourville and an all-new 'EA Original' from new studio Velan Studios all set to come to Nintendo Switch before the end of the year.

We're yet to hear a confirmation from EA as to the accuracy of the claims at the time of writing, but if we hear more in the near future, we'll let you know when we do. Speaking of Criterion, it was announced that future Need for Speed games will be handled by the studio rather than Ghost Games, who made the more recent entries in the series, back in February.