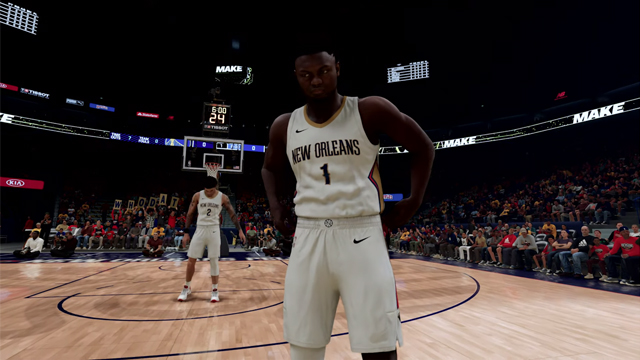 2K Games has released some new footage of the next-gen version of its popular basketball sim NBA 2K21 running on the PlayStation 5 accompanied by some developer commentary.

In the footage, which we've posted below, the game's executive producer Erick Boenisch and gameplay director Mike Wang from Visual Concepts take us through some of the improvements and gameplay features this upgraded version affords, such as the brand new camera view, a new shot indicator and of course, those ridiclously detailed visuals.

It's the second of such gameplay videos of the next-gen version of the game so far, with another showcasing the Women's NBA still to come. NBA 2K21's next-generation version is set to launch day and date with the new consoles; November 10 for Xbox Series S/X and November 12 and November 19 (depending on your region) for the PlayStation 5. Check out the footage for yourself below.