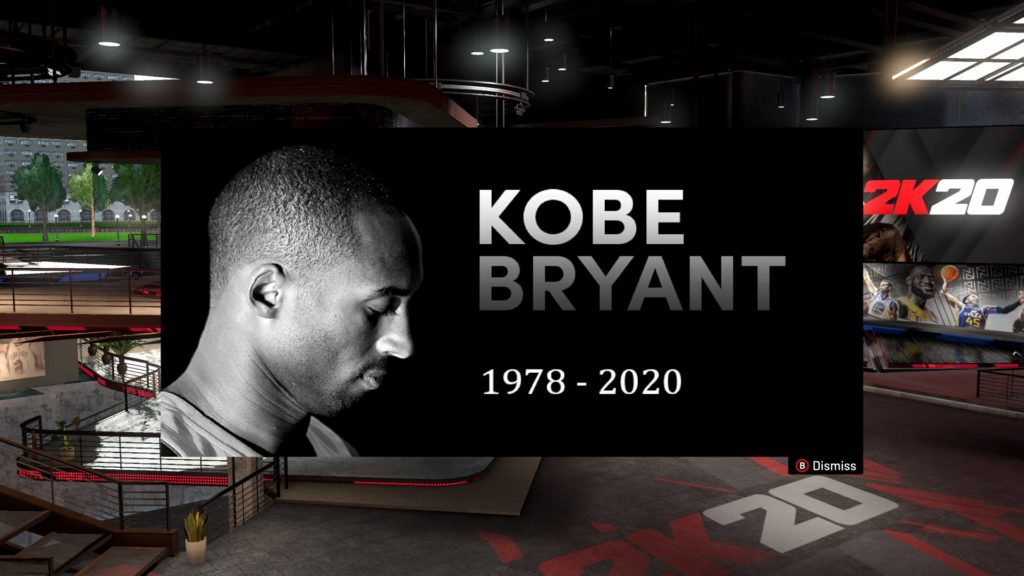 Visual Concepts has added a splash screen to NBA 2K20 that commemorates Los Angeles Lakers player Kobe Bryant, who died in a helicopter accident on Sunday (via WccfTech).

Kobe Bryant, his daughter Gianna, and seven others were flying to a practice session at the Mamba Academy in Thousand Oaks. The helicopter crashed into the side of a mountain in Calabasas and caused the deaths of all of the occupants. The tragedy rocked the sporting world and tributes have poured in from many who were close to the Lakers player and from those who have been inspired by him.