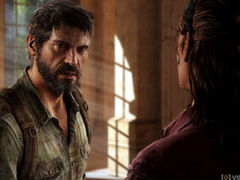 Naughty Dog has “no plans” to port hit survival-action title The Last of Us to PlayStation 4, the developer has confirmed.

Discussing the idea of a PS4 port with a fan on the PlayStation Blog, Naughty Dog community strategist Eric Monacelli explained: “We have no plans to do that”.

The Last of Us launched on PlayStation 3 in June of this year, and was celebrated by media and fans for its narrative and technical achievements.

Four new maps for the game’s multiplayer mode were released yesterday, with additional single-player content expected to release in December or January.

Naughty Dog is expected to be working on a new PlayStation 4 title, rumoured to be a new entry in the Uncharted series.