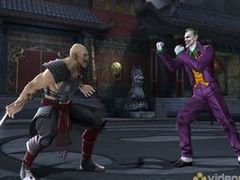 A new Mortal Kombat movie from Warner Bros. has been placed in limbo after the movie studio had a lawsuit filed against it by Threshold Entertainment Inc.

According to The Wrap, Threshold had entered into a partnership with Midway in the early 90s to develop two movies, and then agreed to make a third in 2006.

Midway subsequently filed for bankruptcy and Warner bid on and acquired many of its properties, including Mortal Kombat. Threshold’s lawsuit claims that Warner “failed to work with Threshold in the development and production of the third ‘Mortal Kombat’ film”.

Warner Bros. has not commented on the lawsuit.

The second in the series’ move to true 3D fighting.

The second in the series’ move to true 3D fighting.