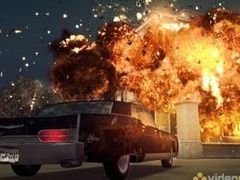 The Los Angeles Times reports that EA’s The Godfather video game series will not see a third release, with EA Games label president Frank Gibeau confirming the publisher is finished with the series.

“We’re not going to do another one,” said Gibeau speaking at E3 last week. He also added that EA has no Godfather titles on its current production schedule.

“We do not currently have a Godfather game in development,” said the rep. “Nothing has been decided as to future sequels. Paramount is a great partner.”

The Godfather II was released earlier this year, but failed to improve on the solid base offered by the first title.