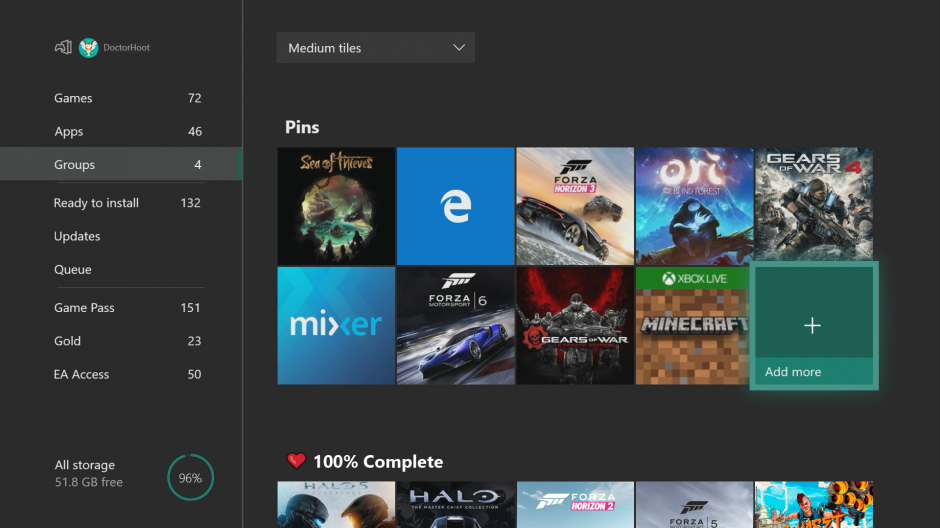 Microsoft has confirmed that the July update for Xbox One has started rolling out for users today, bringing with it a host of new features for the console.

The update is mostly concerned with making it easier for users to find content, as well as improving Mixer.

First up, the newly-announced FastStart has been activated for select titles. This allows you to hop into a game more quickly after downloading only a portion of the full title. It does this by identifying and prioritising the files that are needed to get stuck into a game sharpish, ensuring they are downloaded first.

Groups have now been added to Pins, which give you the chance to create multiple content collections from anything stored in My Games & Apps. Users can also tinker with them in a number of ways, including adding custom names to each Group and adding individual Groups to Home.

As an added bonus, Groups will be tied to your Xbox Live account and will automatically sync across multiple Xbox One consoles.

Elsewhere, finding content is far less hassle than before, thanks to the ability to simply hit Y at any point while on the dashboard to bring up the search function. Mixer's also been given some attention, with full mouse and keyboard support for PC users and Share Controller key bindings now at your disposal.

In addition, Microsoft has enabled multi-touch support for touch-ready devices, which opens the gates for multiple controls to be used at the same time.

Finally, Mixers broadcasting using their webcam now have the option of a full screen mode, which mutes game audio allowing you to easily have a natter with your audience.