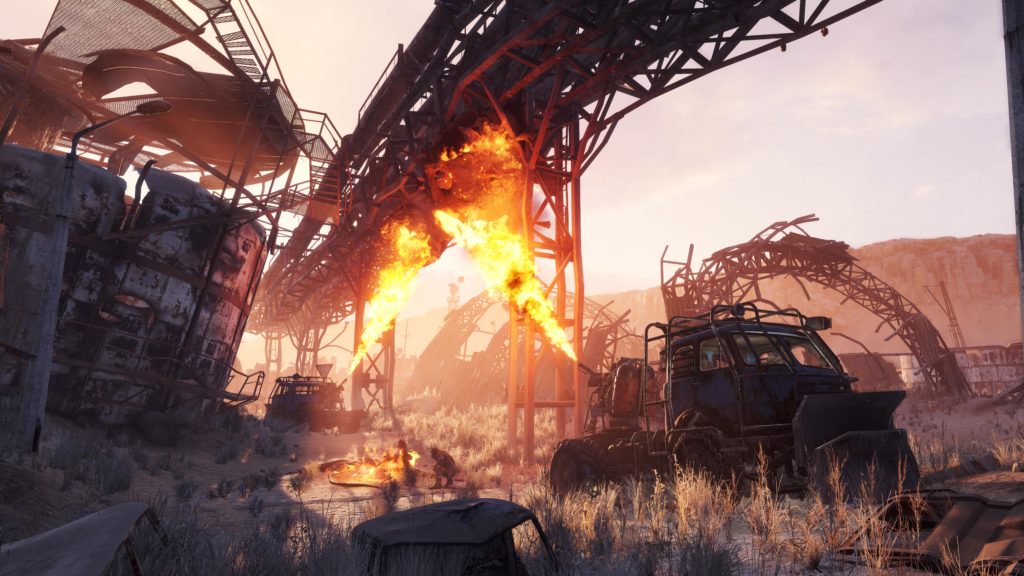 Survival shooter Metro Exodus is to get two major downloadable expansion updates, and now 4A Games and Deep Silver have announced the details of what we can expect in our return trip to the game's post apocalyptic world.

There'll be two major pieces of content that will be bundled together in the expansion pass, and rather than the main game's hero Artyom, you'll be in control of two new characters. The description that follows includes spoilers for the main game, so if you're yet to finish it yet – here's your warning.

The first pack is entitled The Two Colonels, and will see you explore the story of what happened to Colonel Khlebnikov when he tried to make his way back to his son under the dead city of Novosibirsk, by retracing his steps a year later as Colonel Miller.

The second is entitled Sam's Story and will see you play as the titular Sam, a US marine who was stationed at the US embassy at Moscow when the bombs fell, and will take place across a 'brand new survival level based on Vladivostok' as he tries to find a way to get back to the USA.

Both pieces of DLC will be available as part of the game's expansion pass or individually, with The Two Colonels set to release in 'Summer 2019' and Sam's Story to follow in 'Early 2020'. Like the parent game, they'll be available on Xbox One, PlayStation 4 and PC as an Epic Games Store exclusive for one year, but if you already pre-ordered the base game on Steam before the exclusivity deal kicked in and the game was delisted from the Steam Store, you'll apparently still be able to get the DLC before then.

If you're curious, you can read our review of Metro Exodus right here.

Chorus gets ray tracing and DualSense support in latest update