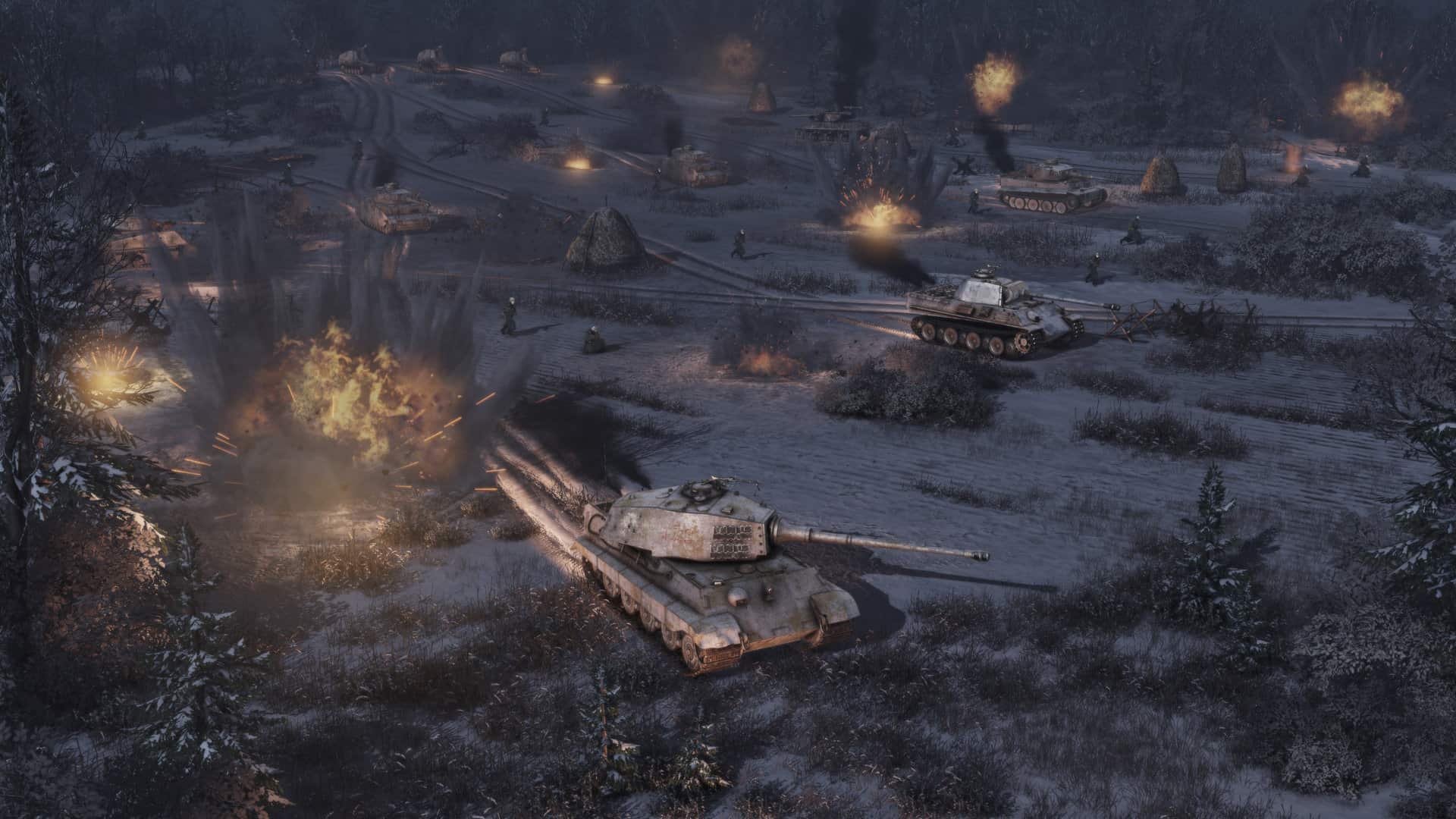 Men of War II announced and coming to PC next year

This sequel promises new units, locations, campaigns and game-modes compared to the 2009 original. Naturally, there’ll also be plenty of new features, including a new Front Line mechanic that will show the push and pull of skirmishes. Elsewhere, a Direct Vision feature will allow commanders to focus on one unit specifically for tactical manoeuvres.

You’ll get to choose from an arsenal of 45 battalions and more than 300 vehicles, with historical accuracy paramount. There’ll be two story campaigns which are playable in both single player or up to five players in co-op. Both campaigns will feature recreations of key battles not seen in the series before. These include the Battle of the Falaise Picket and Operation Bagration. You can also expect realistic physics and fully destructible environments too.

The original Men of War launched all the way back in 2009. However it spawned multiple expansions and spin-offs over the ensuing years. Men of War II will be the first fully fledged sequel, being developed by the original game’s team.

You can check out a trailer for the game below. The game hasn’t been given a specific release date yet, but Men of War II is expected to launch on Steam at some point in 2022.