Meet Moze in the new character trailer for Borderlands 3 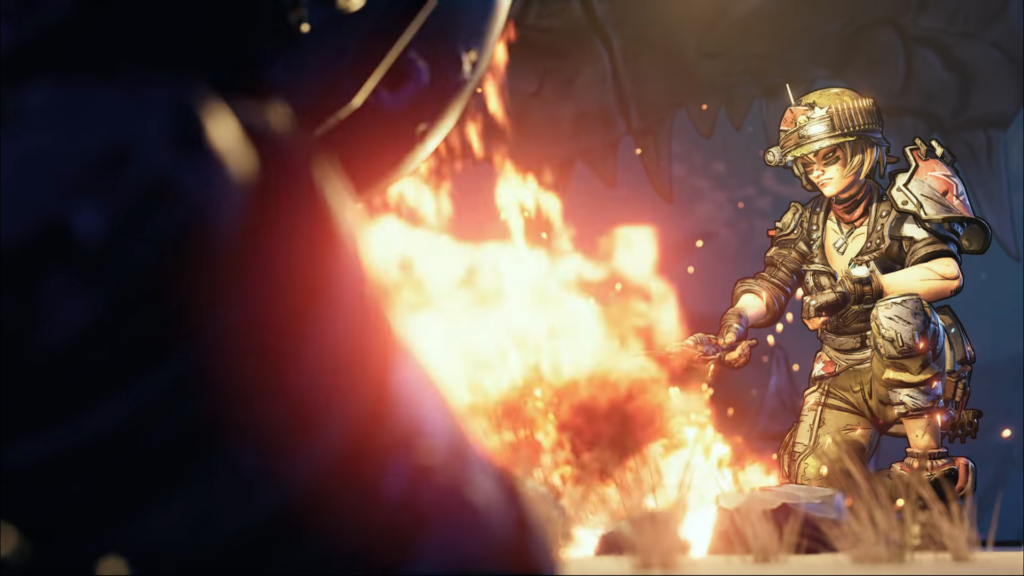 Moze the Gunner is the latest Vault Hunter to receive a character trailer for the forthcoming Borderlands 3.

Gearbox and 2K Games released the video earlier today and it’s titled, ‘The BFFs’. The diminutive demolition woman Moze narrates the disastrous final mission that wiped out her entire squad. As strong as her mech Iron Bear is — with its grenade launchers, railgun and mingun abilities — it wasn’t enough to turn the tides. She now faces the wilds as a lone ranger, but she’s far from vulnerable, even without the tritanium hunk.

The trailer for Zane the Operative dropped yesterday, and his death-or-glory outlook contrasts nicely with Moze’s cool and calculated approach to survival. Character profiles for the two remaining Vault Hunters, Amara the Siren and Fl4k the Beastmaster, are to be expected soon.

Borderlands 3 will release on September 13 for PC, PlayStation 4, and Xbox One. Watch Moze’s story below.