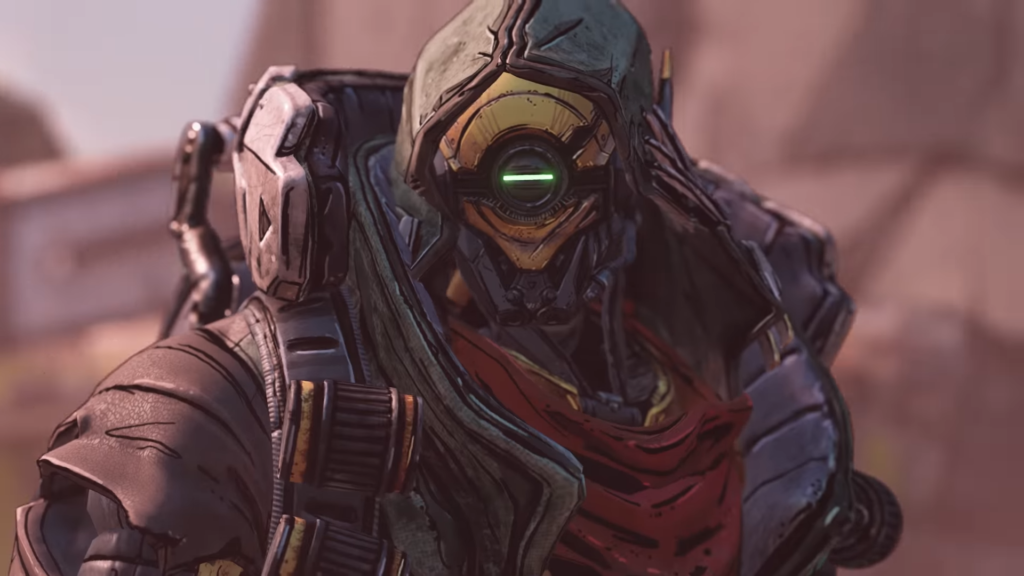 Meet Fl4k the Beastmaster in new character trailer for Borderlands 3

The latest and last of the Vault Hunters, Fl4k the Beastmaster, received their character trailer for Gearbox Software and 2K Games’ upcoming Borderlands 3.

In the video, Fl4k talks us through ‘The Hunt’, and swaggers up to Ellie’s Scrap which has been overrun by Psychos. They descend upon the robot, who picks them off cleanly with their sniper rifle, but it’s clear that they’re outgunned.

But not outmanned. Fl4k calls upon their beasts, a Spiderant, a Skag and a Jabber. The Spiderant is the brute force of the bunch, the Jabber is as keen as mustard, and the Skag… just likes to chase cars. Each possess some sort of prosthetic or robotic augmentation, implying that Fl4k found the injured animal and fixed them up, so now they tag along to show their gratitude. It’s heartwarming, and I can’t help but see the murderous alien wildlife with new (luminous green robot) eyes.

Gearbox and 2K Games have now released all the story trailers for the Vault Hunter quartet; check out Zane the Operative, Moze the Gunner and Amara the Siren here.

Borderlands 3 will launch on PlayStation 4, Xbox One, and PC on September 13. Watch Fl4k’s character trailer below.