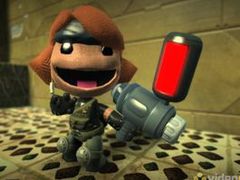 Media Molecule won’t be showing anything at E3

LittleBigPlanet creator Media Molecule will not be showing any new titles at next week’s E3, the developer has confirmed.

“Sadly we’re not showing anything this year, but we’re sending high-fives to everyone who is!” the studio tweeted yesterday.

While Media Molecule’s next title has yet to be formally revealed, it’s expected to be working on a PS4 title based around the sculpting tech demo it revealed during the console’s reveal event last February.

The studio’s last title was Tearaway, the BAFTA-winning PS Vita game that went on sale at the tail end of last year.