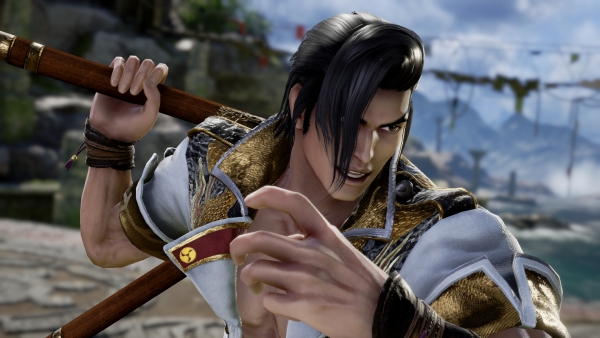 Maxi and his nunchaku join SoulCalibur 6

Maxi has been knocking around since the days of the original SoulCalibur, back when he was known as The Dandy of the South Seas. He's also been known as His Past Has No Bearing and A Man Burning With Revenge.

In this latest game, he returns wielding his trademark nunchaku in combat, which Namco says is capable of unleashing a 'rain of pain to the opponent.' So yeah, it'll hurt a lot.

Check out Maxi in action below. SoulCalibur 6 is scheduled for release on PlayStation 4, PC, and Xbox One later this year.