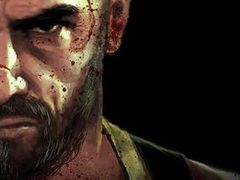 Microsoft has announced that Max Payne and Max Payne 2 have been added to the Xbox Originals range and are now available to buy from Xbox LIVE Marketplace. Each game is priced at 1200 MS Points.

While the first game’s transition from PC to Xbox wasn’t very smooth, the sequel proved much more successful.

All this ties in quite nicely with the recent news that Rockstar Games will release Max Payne 3 on Xbox 360, PS3 and PC later this year.