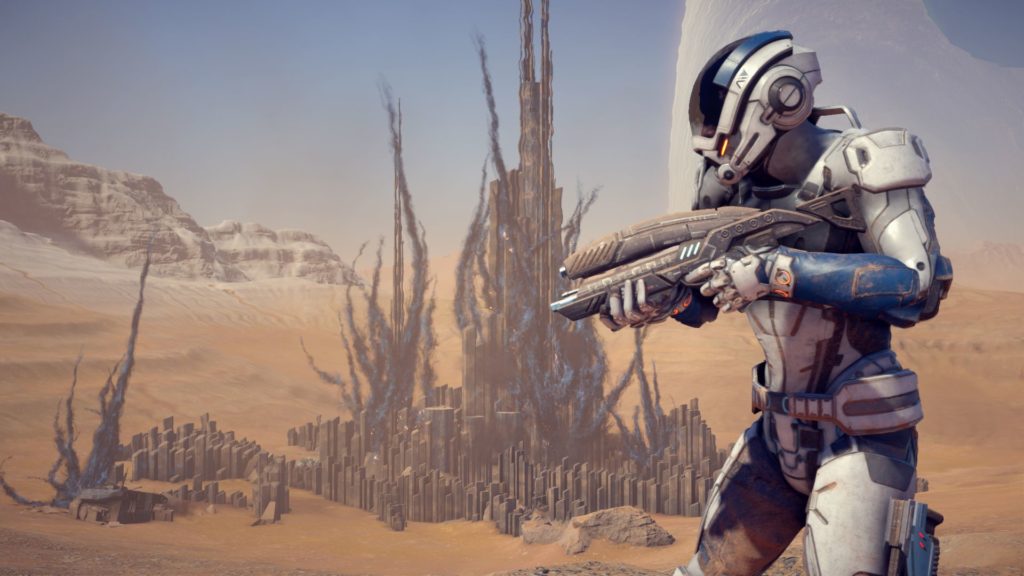 BioWare has released a new patch for Mass Effect: Andromeda. Update 1.10 comes in at just over 1GB in size and focuses on the RPG’s multiplayer mode, fixing some bugs and making some more small tweaks to the overall gameplay experience.

There’ve been changes made to veteran ranks, meaning characters ranks will only drop after all characters of that rarity have been unlocked to rank 10. There are quite a few bugs which this update resolves, including an issue that caused screen to blink red/yellow when using Siphon and Bulwark weapons. There are also a few weapon fixes, which fix the priming of weapons for enemies.

Mass Effect: Andromeda came out in March, launching to a mixed reception, commercially and critically. Our own Alice Bell reviewed it on release, particularly enjoying the game’s combat, but noted that the overall experience was impacted by  performance issues at launch. There have been rumours that due to the response to Andromeda the series has now been put on hold, and there were reports that EA has moved developers onto other projects internally instead of working on a sequel or additional story DLC.

If you’ve yet to play Mass Effect: Andromeda, you can download a 10-hour trial of the game. It’s actually quite an enjoyable game with more than an air of Dragon Age about it, which is never a bad thing.

You can read the full patch notes on the BioWare blog.

Mass Effect: Andromeda is out now on PS4, Xbox One and PC.