Mass Effect: Andromeda patch 1.08 lets you change what your Ryder looks like 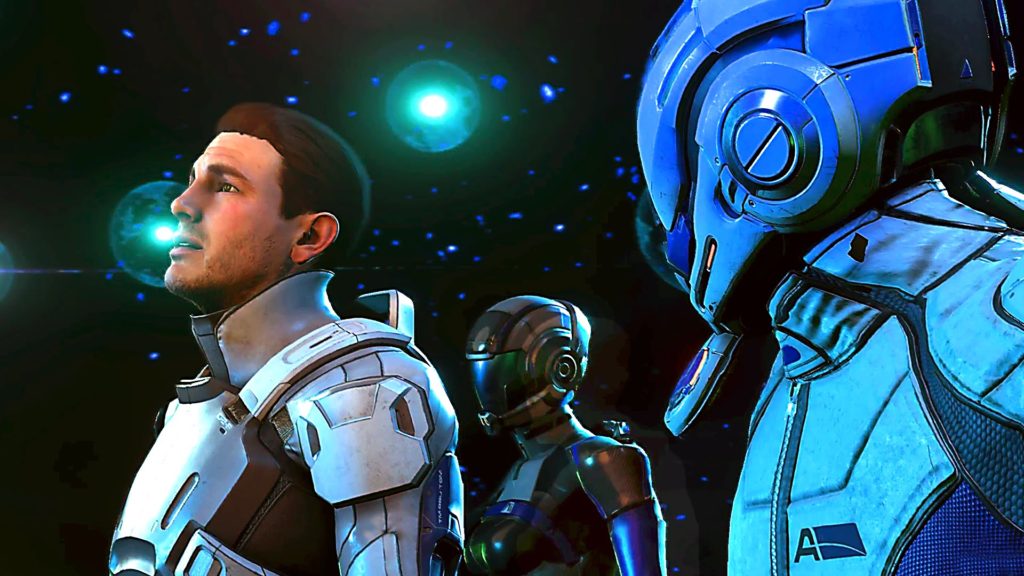 BioWare has detailed the next big patch for Mass Effect: Andromeda, patch 1.08. This patch addresses feedback about the lackluster character creation. There’s a new base head for male and female Ryders, a new complexion option, and ‘a great range of available skin tones’. All hairstyles have been unlocked for both Ryders.

The patch also notes that you can change your character’s appearance on the Tempest mid-game, which means players won’t have to start all over again to take advantage of the new options.

The patch also opens Jaal up as a romance option for Scott Ryder, where previously he had no male romance options as part of the squad, and only two in the whole game. The patch notes that Jaal’s romance with Scott will have slightly different dialogue and animation to the female romance, to make it feel more realistic.

The patch notes also state that Hainly Abrams dialogue is adjusted ‘to change the flow of personal information she discusses with Ryder.’ Hainly is an NPC and a trans woman, and BioWare was criticised for her clumsy introductory dialogue; an apology was later issued by BioWare

The patch doesn’t have an confirmed release date, but producer Michael Gamble has responded ‘soon’ when asked on Twitter.