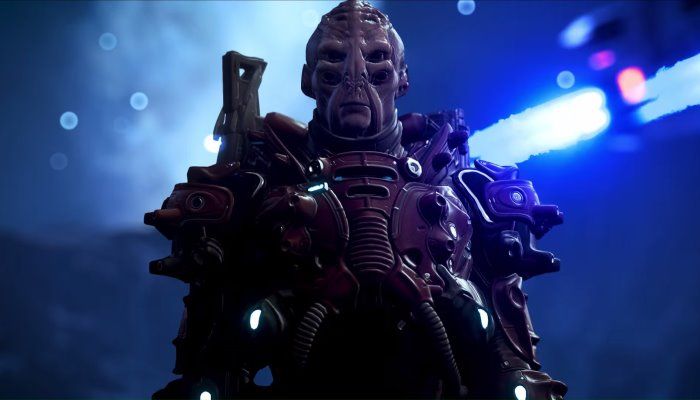 Alongside the announcement of a new Platinum Difficulty mode in its APEX multiplayer, the Mass Effect Andromeda Twitter has also unveiled a new, yet familiar, alien species that’s coming to the game. Whilst completely new to Andromeda, the Batarians are a race previously seen in the Mass Effect Trilogy, and are going to be playable in multiplayer in an upcoming, as yet undated update.

Despite the Batarian’s not featuring in Andromeda’s single-player campaign, or even the current game’s lore, this unveiling is the first inkling that Batarian’s even came over to Andromeda from the Milky Way. So, how precisely have the Batarians ended up in Andromeda? The game’s producer Fernando Melo is keeping schtum for now, until the update comes out, at least.

The multiplayer mode in Mass Effect has always been closely based on the universe’s canon. This means that in Andromeda, the only races from the Milky Way that actually made the trip to Andromeda are the Humans, Asari, Krogan, Salarian and Turian. That is it so far.

Quite what this could mean is anyone’s guess, but if this addition is in line with the previous canon-based multiplayer content, that means that the Batarians are going to reach Andromeda.

Could this news also throw cold water on those rumours of there being no single-player DLC in development for Mass Effect Andromeda? Melo further confirmed that Batarians will only feature in the multiplayer. So make of that what you will.

There is currently no confirmed release date for the Platinum Difficulty and Batarian multiplayer update, other than a vague, ‘Coming Soon’.