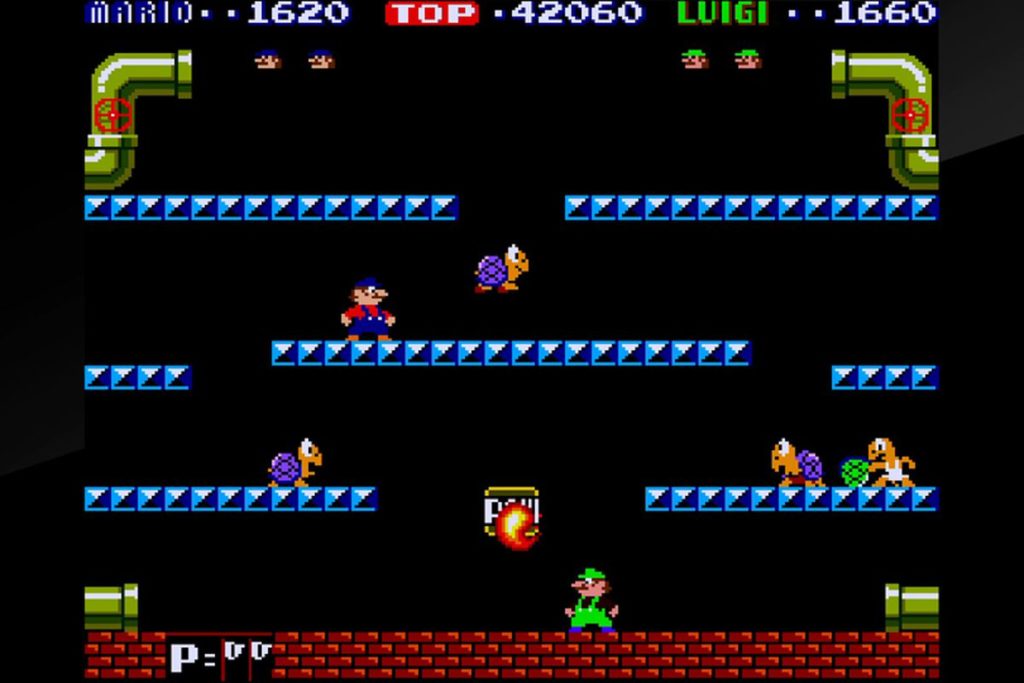 The Nintendo Switch version of Koopa-stomping platformer Mario Bros. will include support for online co-op.

Mario Bros. is obviously tailor made for cooperative play, as one player controls Mario and the other assumes the role of Luigi. The original version came out in 1983, and basically sees the plumbers bonking baddies on the head as they emerge from pipes – but only after you've stunned them first.

Nintendo is offering a bunch of NES titles as part of its upcoming Switch Online service, with Mario Bros. just being one of many retro games available.

The format holder confirmed that 20 NES games will be released alongside Switch Online, with Donkey Kong, Super Mario Bros. 3, and The Legend of Zelda included in the initial batch. Furthermore, Ninty has said it aims to include online co-op in as many games as possible.

Mario Bros. has been ported numerous times over the past few decades, notably being included as a bonus game in the Gameboy Advance ports of the classic Super Mario Bros. titles.

I had it on the Atari when I was about seven-years-old, and always wondered how to complete the damn thing as it seemed to go on forever. My mate told me that you rescue Princess Peach from Bowser at the end, although I didn't realise until I was older that the little bugger was lying.