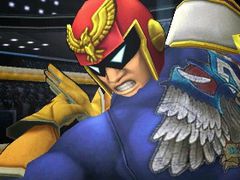 A new game update for Super Smash Bros. for Nintendo 3DS has been released.

The update tweaks the Conquest chart and also makes balance adjustments to make for a “more pleasant gaming experience”.

Nintendo states: “Users will be required to download this update prior to using the software’s online multiplayer features. Because of this, we strongly recommend that all Super Smash Bros. players download and install this update data.”

All save data will carry over to the updated game.

Super Smash Bros. for Wii U launches in Europe on December 5, shortly after the launch of Nintendo’s amiibo range of toys.