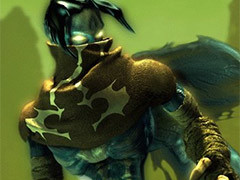 Crystal Dynamics has a “50/50 chance” of returning to the Legacy of Kain series this gen, senior designer Michael Brinker has said, revealing that there are still people at the studio who “really want to make that game”.

“It’s interesting because people look back at our history and our franchises and see that we have some really great iconic IPs,” Brinker said in an interview with finder.com.au. “So gamers wonder; ‘where are they and what are they doing?’ Well we’re always tossing around and talking about ideas [of bringing them back]. It really is 50/50.”

Legacy of Kain made its debut on PS1 back in 1996 and saw players step into the role of a vampire seeking revenge against his killers. The game spawned four sequels and an online spin-off, Nosgoth, which launched on PC earlier this year. The last core entry in the series, Legacy of Kain: Defiance, released on PS2, Xbox and PC back in 2003.

It emerged earlier this year, however, that there had been plans to bring Legacy of Kain back on last-gen consoles, with significant work said to have gone into the game prior to its cancellation.

Legacy of Kain: Dead Sun was reportedly in development at UK studio Climax for three years, but was cancelled by Square Enix in 2012 after the publisher decided it would not meet sales expectations.

Square Enix has yet to announce plans for the future of the series.

Crystal Dynamics’ next game, Rise of the Tomb Raider, launches on Xbox One and Xbox 360 next Friday, November 13.