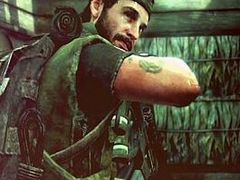 Activision CEO, president and director, Bobby Kotick, has said he expects this year’s Call of Duty: Black Ops from Treyarch to surprise the franchise’s fan base.

Commenting on the future of the franchise, Kotick said: “As a preview into this exciting future, expect additional exciting content for Modern Warfare 2 and Call of Duty: Black Ops that will surprise our millions of players.”

He added: “This year’s title, Black Ops, represents the first time that the entire 200-plus people at the Treyarch studio had been focused exclusively on one single game with teams dedicated to creating single player and co-op modes, multiplayer game play and DLC.”

COO and CFO, Thomas Tippl, also commented on what a great job he believes Treyarch is doing with the game.

“Treyarch has gotten better and better every year,” said Tippl. “And I think you will all be surprised by the quality of Call of Duty: Black Ops, which is going to be just phenomenal again this year.”

Call of Duty: Black Ops is scheduled for release on November 9.