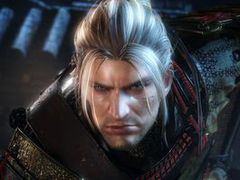 Koei Tecmo has announced the line-up of games it’ll be showing at E3, confirming plans to reveal brand new content from Nioh and Attack on Titan, plus an “unannounced, top-secret title” currently being developed by Omega Force.

Omega Force is the internal team responsible for various Dynasty and Samurai warriors titles, along with Hyrule Warriors, Dragon Quest Heroes and Toukiden.

By the looks of it, then, there won’t be any new game in the Dead or Alive or Ninja Gaiden franchises at this year’s E3, with Team Ninja busy putting the finishing touches to Nioh.

“With an original IP from an extensive, all-star development team, and a Titan-sized action game based on the acclaimed anime, Koei Tecmo America is proud to demonstrate our continued commitment to bringing top notch gaming experiences to our fans,” Koei Tecmo America’s general manager Amos Ip.

“We can’t wait for attendees to get their hands on two of this year’s biggest action titles, and we look forward to their reaction when we unveil an upcoming project that we’re incredibly excited to be working on.”

E3 kicks off in LA on Tuesday, June 14, with press conferences from publishers and platform holders scheduled for the days before.