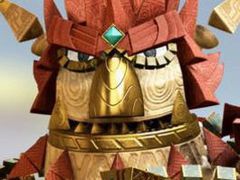 Knack 2 has been spotted on a developer’s LinkedIn profile.

First discovered by NeoGAF, the unannounced PS4 sequel was listed by a 3D animator at Taiwanese development company XPEC Entertainment, with work reportedly having started in May 2015. The project has since been removed from the developer’s profile, but still appears in a Bing search result.

The original Knack was developed by Sony Japan and launched alongside PS4 back in November 2013. It wasn’t particularly well received by critics, however, which criticised it for being “repetitive” and “generic”.

“The game uses only three buttons to play, so it’s not the type of game reviewers would score high for the launch of a next-gen system,” Sony’s head of worldwide studios Shuhei Yoshida said shortly after the game’s first reviews appeared.

“The game was targeted as what we call a second purchase; you know, people may purchase PS4 for Call of Duty or Assassin’s Creed or Killzone, but if they also buy Knack, this is a game that you can play with your family or your significant other. It’s a message that as a platform we are not just trying to cater only to the hardcore, shooter audience – we are looking at all kinds of gamers – but Knack is a great game for core gamers as well because when you up the difficulty level it becomes a really tight, tense action brawler.”

A sequel has yet to be officially announced.

Get adventurous with PlayStation 4.

Get adventurous with PlayStation 4.