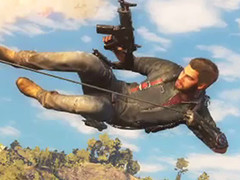 Just Cause 3 will be single-player only

Just Cause 3 will be a single-player only title, Avalanche has confirmed, although it hasn’t ruled out taking the series online at a later date.

Confirmation may disappoint some fans hoping to take the ‘chaotic sandbox’ online, particularly given the feedback the developer received following the release of Just Cause 2’s fan-created multiplayer mod last year.

“The mod is absolutely fantastic,” Avalanche co-founder Christofer Sundberg said in the latest issue of Game Informer. “They’ve actually supported the game and helped it stay alive for so many years after the game was released. It’s so fun watching the game being played when you have hundreds of players.

“We’ll continue to support the multiplayer mod, but for us the single-player experience is what we’re focusing on right now. Maybe sometime down the line we’ll take Rico into the world of multiplayer, but right now it’s the sandbox experience.”

Just Cause 3 launches on PS4, Xbox One and PC in 2015 – and nope, it doesn’t include microtransactions.