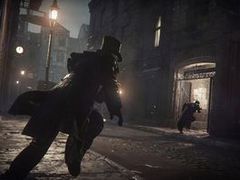 Assassin’s Creed Syndicate’s Jack the Ripper DLC will launch on PS4 and Xbox One on December 15, and on PC one week later on December 22, Ubisoft has announced.

Playing as Evie 20 years after the events of the main game, players must investigate a series of crimes deep in the underworld of Victorian London’s Whitechapel district.

Jack the Ripper is included in the £23.99 Season Pass or separately for around £12.