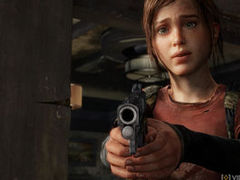 Is this The Last of Us’ original ending?

The Last of Us’ creative director Neil Druckmann has released an image showing what may have been the original ending for the game.

If you haven’t finished the game yet, don’t read (or scroll) any further.

The image, which you can see below, appears to show Tess holding a knife to lead character Joel’s neck, who is tied to a chair. The image is also dated 2010, suggesting it was one of the game’s earlier pieces of concept art.

Could the original ending have seen Tess killing Joel?

Druckmann released the image to promote Naughty Dog’s upcoming talk at PAX Prime, where himself and game director Bruce Straley will be discussing how they pitched the concept for the game to Sony, and how the game has changed since their original vision.

“See how it originally ended,” he tweeted, “as @bruce_straley and I re-pitch The Last of Us for you.”

For more talk on The Last of Us’ ending, head over to Simon’s discussion about his perception of the game’s closing moments, or take a listen to our spoilerific Last of Us podcast.