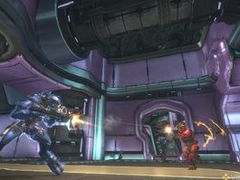 Installation 04 has been confirmed as the Firefight map for Halo: Combat Evolved Anniversary. The information comes direct from Microsoft which is celebrating all things Halo at Halofest this weekend.

Microsoft has also revealed that Halo Anniversary will be playable in 3D and detailed two additional classic maps getting the remake treatment.

Halo: Combat Evolved Anniversary will be released November 15 for Xbox 360.