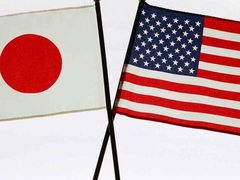 Speaking to VideoGamer.com at E310 last week, Capcom’s head of global research and development painted a bleak picture of the current state of Japanese gaming, describing it as a “dark time”.

“Every year that I come to E3, year in and year out, the one thing I’ve noticed is that it seems like the Japanese game developer share seems to be getting smaller and smaller,” he said.

“I think to myself sometimes, if we keep on this course, the Japanese gaming market will disappear totally. That is one of the valid concerns that I have, which is why as a Japanese publisher, as Capcom, we really want to fight the good fight, and try and make our games work within this more primarily Western market.”

This isn’t the first time Inafune, who was at E310 to promote upcoming zombie action game Dead Rising 2, has expressed his feelings towards the Japanese game industry.

At last year’s Tokyo Game Show, Infanue said: “Personally when I looked around [at] all the different games at the TGS floor, I said ‘Man, Japan is over. We’re done. Our game industry is finished’.”

However, Infanue insisted to VideoGamer.com that Capcom will ride out Japan’s current difficulties with quality “collaborations” such as Dead Rising 2, in development at Canadian studio Blue Castle Games.

“We can’t just rely on our own skill, our own Japanese developer skill and know-how, to steer us through this dark time. It’s going to have to come through collaborative efforts and co-operation. It’s our US staff, our European staff, working closely with them. Of course we are working with a lot of different Western developers as well.

“It’s being able to share their knowledge and information, to collaborate with them on a very in-depth level, that’s going to allow us to grow as a company and to be able to understand how the market is changing in the West, and allow us to be competitive in those markets. That’s going to be essential for us.”

Dead Rising 2 will be released in Europe on September 3 for Xbox 360, PS3 and PC.